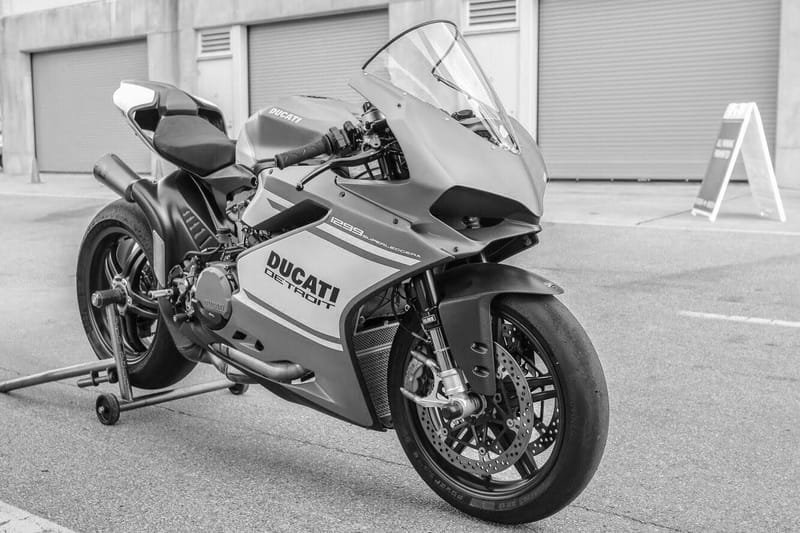 Over the past several decades I have seen multitudes of new riders, who are just starting their racing career, make the same mistakes over and over again.  There are several common mistakes the majority of new bees make when prepping their bike for racing.  These mistakes end up with the rookie not have a good experience at their first few race weekends.

Below is an overview of some of the Do's and Don'ts of bike prep, for those just starting their racing adventure.

The three biggest requirements for the beginner’s bike are;

Not to crush anyone’s ego but, to be honest, I must say that, most new racers won’t use all of the performance of a stock motorcycle.  Making more horsepower will not, in and of itself, make a new rider any faster.  A new racer will be limited by his skill level way more than by lack of horsepower.

If you are building and prepping a bike to start your racing adventure and you have a choice to either do something to make more horsepower or be more reliable,

RELIABILITY is the correct choice

For example, I watched a 160+ lbs rider with a 600 lbs Honda CBX remove the starter to save weight.  So he saved 4 lbs out of 760+ lbs WOW!   I watched him exhaust himself and his mechanic & friends by pushing this tank, up and down the paddock, trying to bump start it.  Now, in his first race, he stalls the bike on the start line and can’t get it restarted because, it is too heavy for him to bump start, by himself, while on the starting grid.  So there he sits, on the side of the track, with a dead bike, just watching the whole race go by but, he did save 4 lbs.

Control cables and hydraulic lines are crucial in the performance and safety of the race bike.

If you don’t know or are not sure of how old the control cables or hydraulic lines, are then REPLACE ALL of them!

When setting up a used bike for racing, replace both the chain and the sprockets at the same time.  “A bad chain ruins good sprockets and bad sprockets ruin a good chain.”

The chain is not a fan belt or a bow string.  Learn proper chain tension adjustments.  Clean and lube and adjust the chain often.  Most chain failures are caused by being too tight and/or inadequate lubrication.

A stock street bike comes equipped with ignition switch, kill button, etc.  These stock switches are designed and tested to withstand the vibration of the bike and bumpy pavement.  They are also weather proof.  The new bee will often strip off these components. (To save weight?)

Then replace them with off the shelf, cheap, flimsy, aftermarket toggle switches.  The problem is these are not designed for the high vibrations of a race bike and they are generally not weather proof.  Remember, most motorcycle racing is “Rain or Shine”.  So after a weekend or so these switches either fall apart internally or short out mid race.  If you bike has the original stock switches leave them on for now. (Remember, Reliably)

When you join a racing club they will send you a rule book with their own safety requirements.  Set your bike up as per the book.  DO NOT not try to second guess, what they will or will not over look at tech inspection.  DO NOT go to tech inspection with your arguments all lined up as to why your bike should past tech.  Because that, means you already know it doesn’t meet the rules.  You will lose that argument .