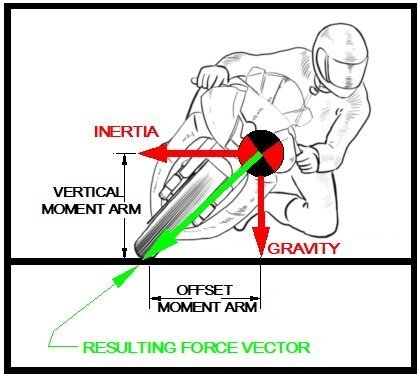 If the tire is not on the shoulder and has even a slight Chicken strip, then BP

3.    Will Not increase the size of the contact patch

4.    Will Not increase traction 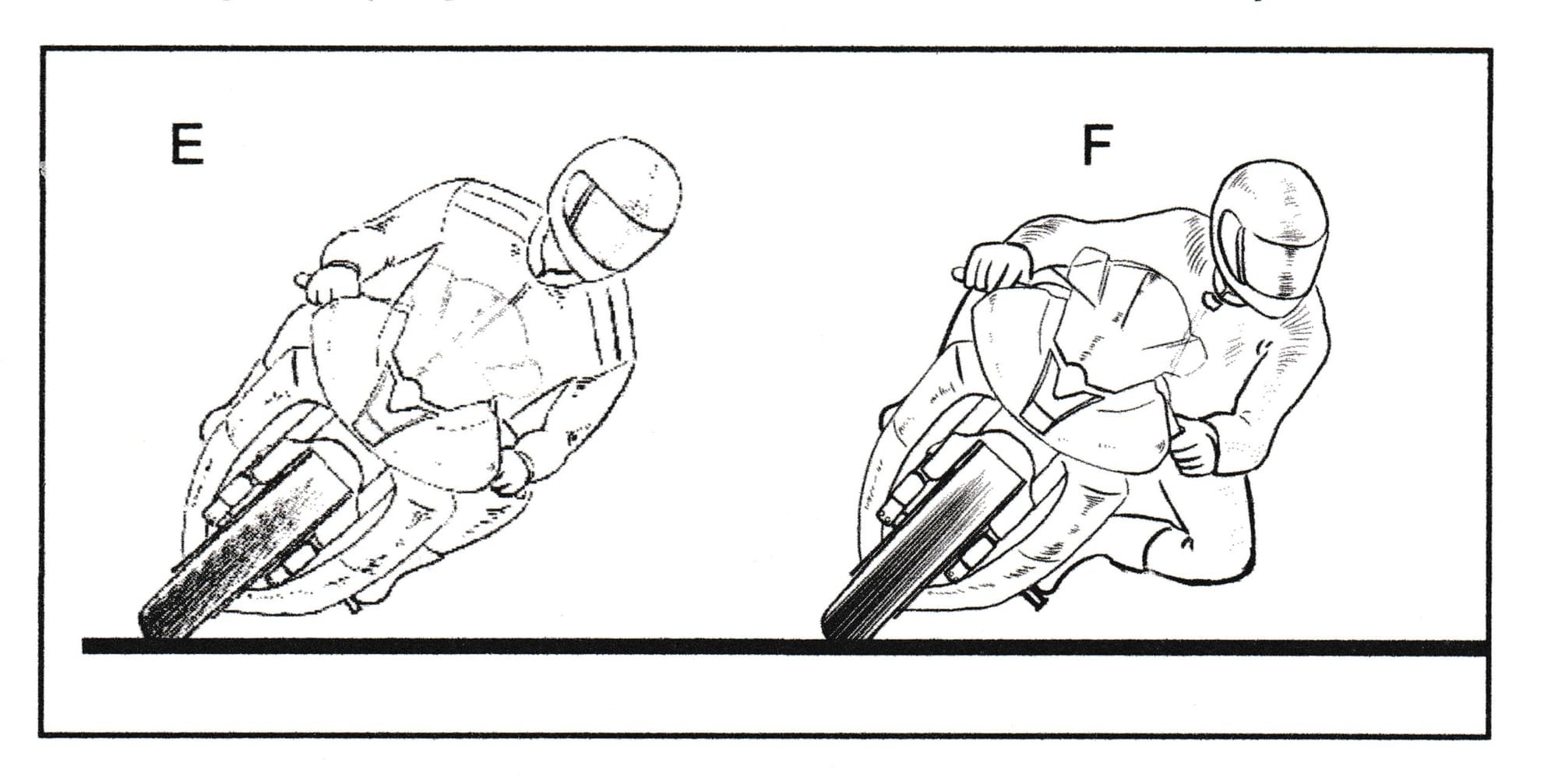 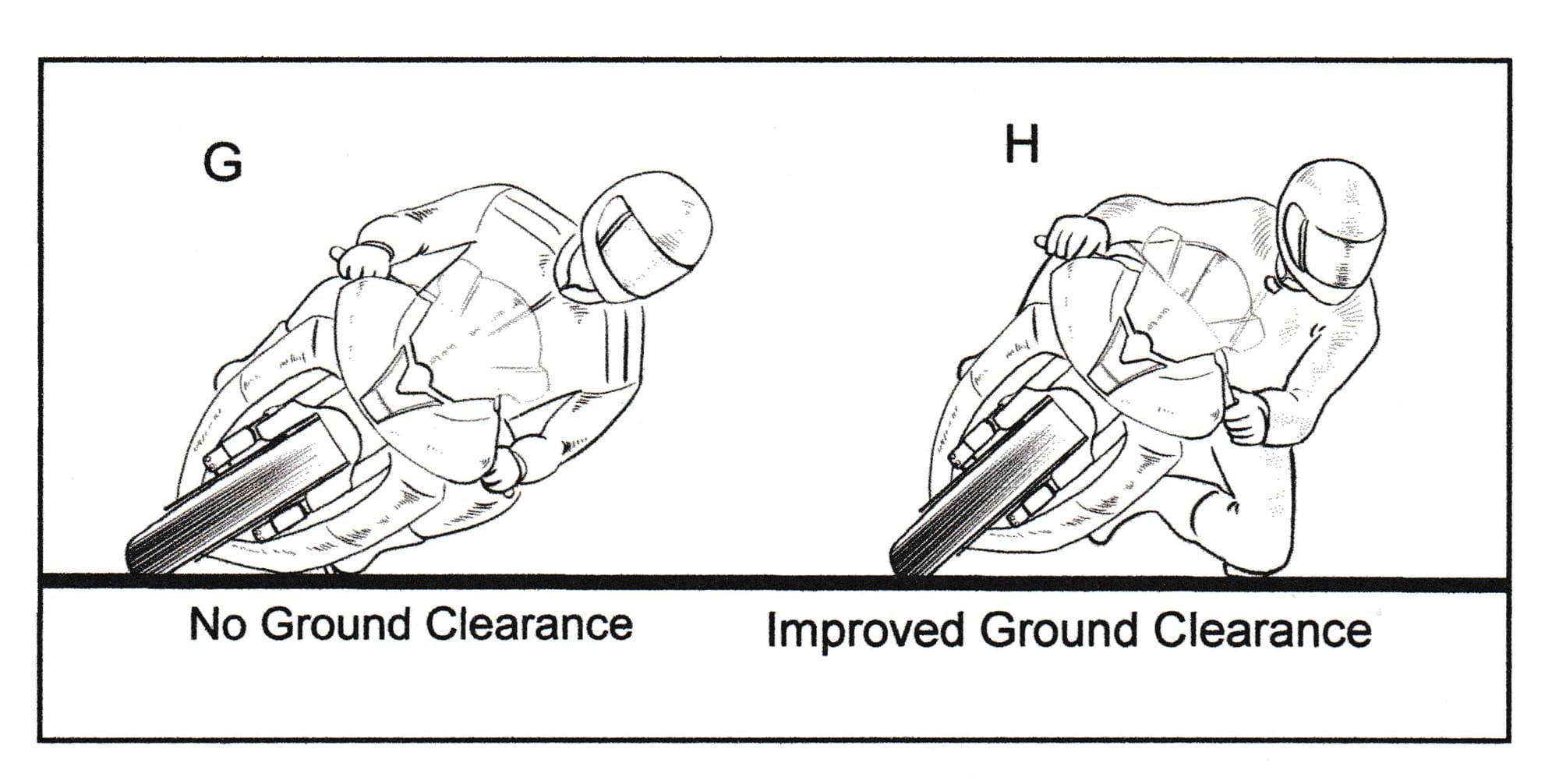 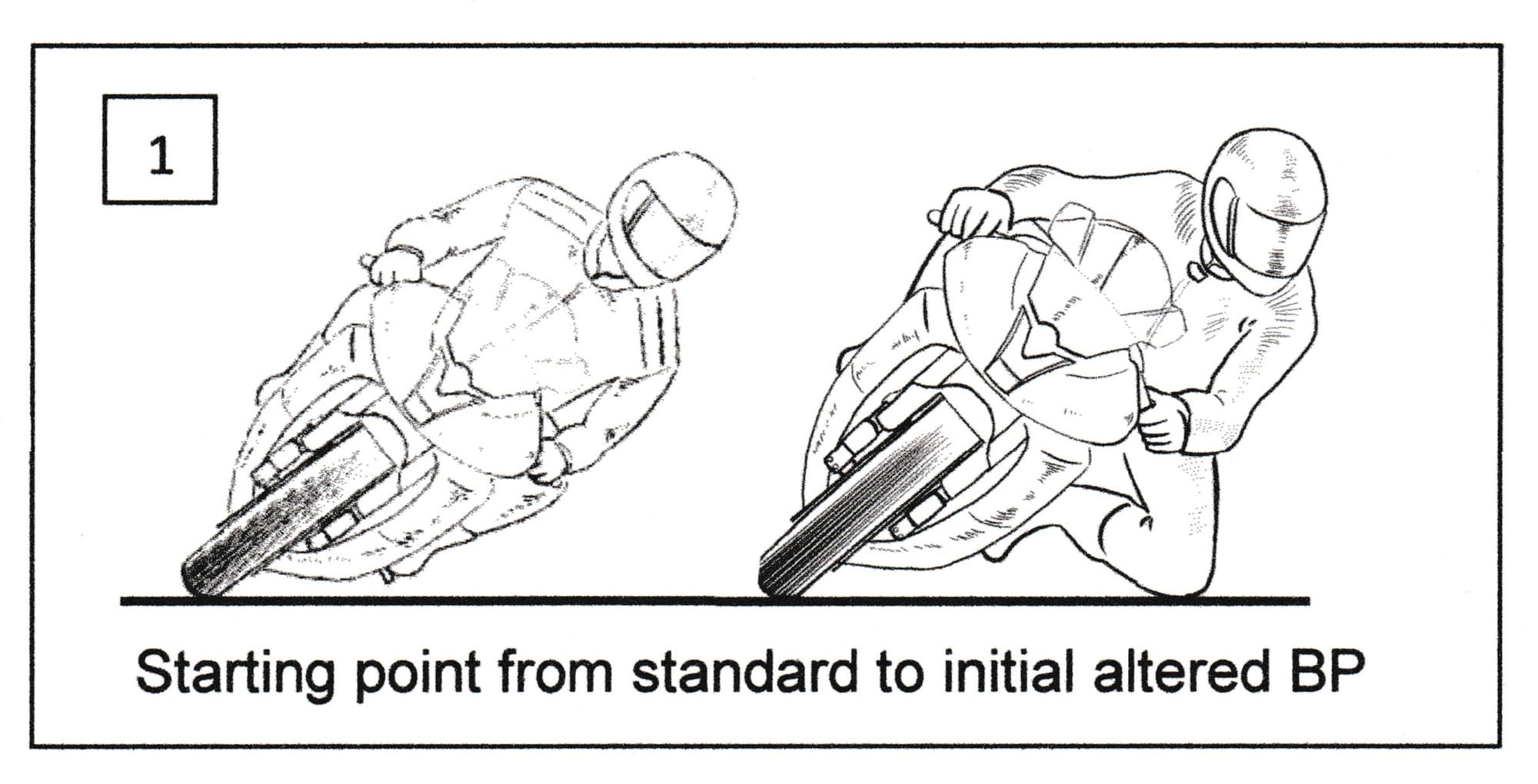 Because human beings carry their center of mass around their navel (belly button), moving the midsection (butt & hips) off center will give the biggest weight shift.  This BP involves moving his midsection and hips as far off center as needed and knee out.  Keeping the head up and just inside of the center line of the bike, while still maintaining a good arm position.  Arm position is often the forgotten detail.   This is the most common and comfortable BP used by racers.

If the rider then improves his cornering speed and gets fast enough, he will eventually use up all of the extra ground clearance even from the initial Conventional BP.  At this point he is going as fast as he can.  To enable going faster, he must adopt an even more aggressive BP, as shown in figure #2.  This is accomplished by moving more midsection and some head and shoulders off center.

I save this as the last step because of the sacrifices the rider has to make to obtain this radical BP.   They are arm position and eye position. Hanging off the bike, this far, requires the rider to adopt and awkward arm position, which can result in a sacrifice in feedback from the handlebars and reduced precision of inputs to the bars.  If in this aggressive BP, the rider needs to hang on to the handlebars to keep from falling off, then he's doing it wrong.  Also, the rider would almost need to put his neck in an awkward position to keep his eyes level. I still recommend keeping the eyes as level as practical. 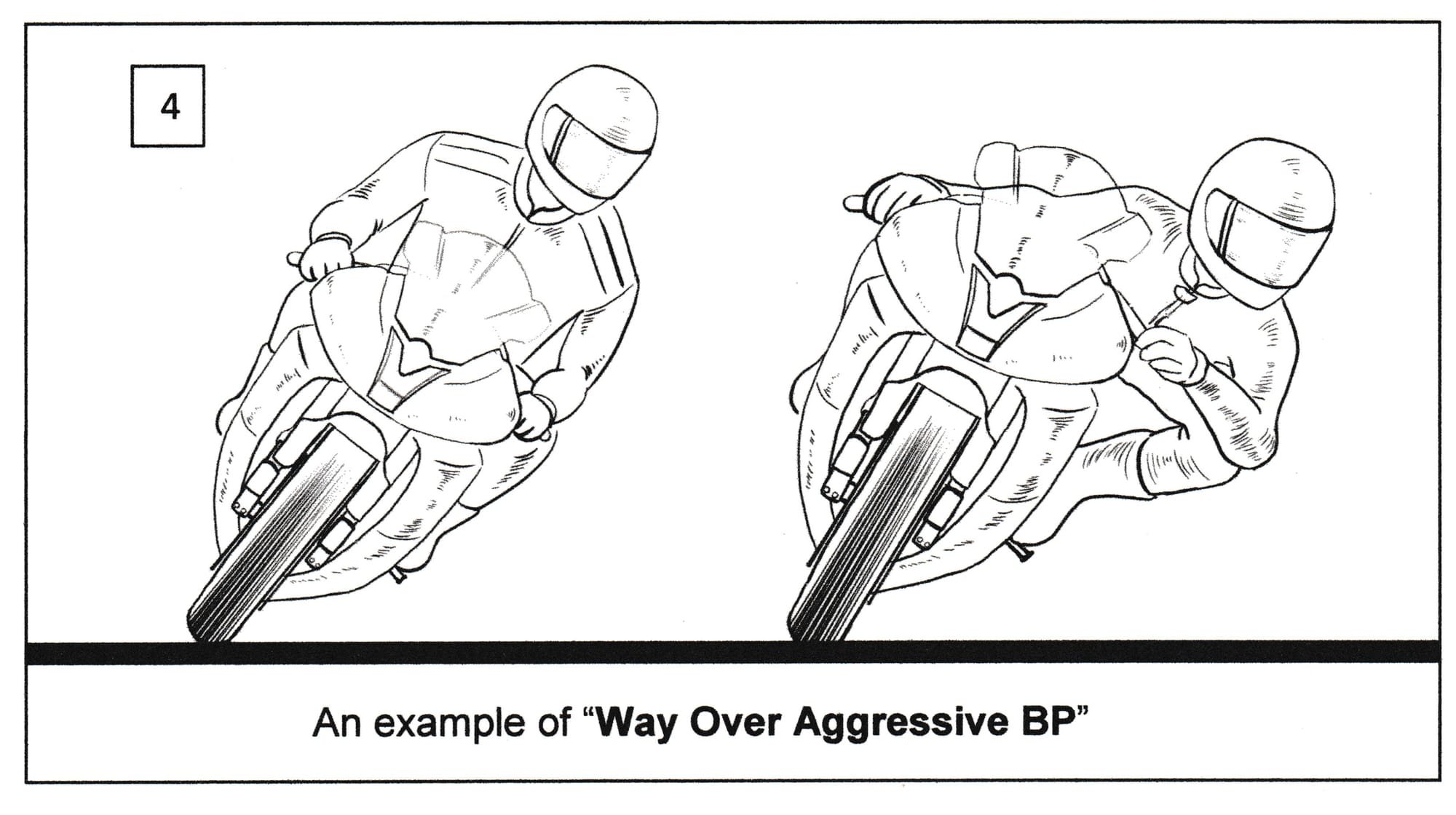