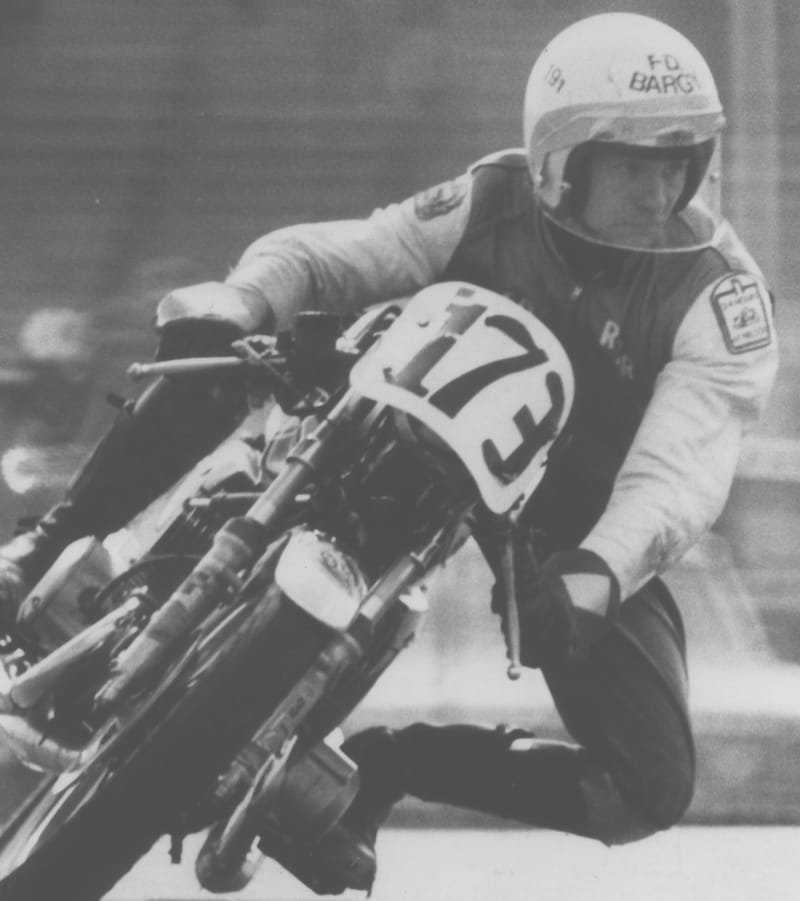 At the height of my career in the mid-seventies, I was using a fairly aggressive body position (BP) for the time.

I was out practicing one day and as I was going through a big, 180-degree banked turn, I noticed a rider on the infield of the turn. He had several other young riders in tow, and every time I came by, he would point me out to his entourage.

When I came back to the pits he came over to me and proudly stated that he was teaching some newbies by showing them how I was using my knee to steer the bike through the turn. I smiled and thanked him for using me as a good example of how to ride and walked away. The only problem was that he was 100% wrong in his interpretation of what I was doing.

What I was actually doing was using body weight transfer to straighten the bike up to gain ground clearance to keep the pipes off the ground. He was interpreting by strictly watching, guessing and assuming he knew what I was doing, and then coaching the newbies with incorrect information. Unfortunately, that is still going on today.

Road Atlanta a few years back. During an expert race for the championship, some riders were playing around with the “New Dangle” technique. This is where the rider would dangle his inside foot off the peg while setting up for the turn.

One of the riders running in the top three would do something different. Instead of dangling his inside foot he would extend his outside foot straight out to the side. This was something no one else was doing. The announcer and all the observers started to theorize what he was doing. They came up with, “Oh he’s changing his CG by hanging is foot straight out, or “It’s for aerodynamics helping the bike to start to turn.” Even the theory “it helps the bike brake faster because of the air drag.” So, the theories started to take hold and be passed around the pits.

Not satisfied with guessing at what he was doing, I went over and asked him in person. He told me it was because he was so long legged, that he couldn’t easily move his BP for the turn. With a little experimenting, he found that if he stuck his outside leg straight out he could more easily move his body weight to the inside of the turn.

Once again trying to interoperate from just watching, resulted in the wrong conclusions.

There is no substitute for experienced in-house instruction with expert racers/instructors who can explain techniques and be onsite to answer questions and critique students while on the track. The Ed Bargy Advanced Riding Technique School does that all that and more.

For additional reading click on “History of the Evolution of Aggressive Body Position” and "Basics”, which was written by an expert racer who was actually involved in the development of effective BP.