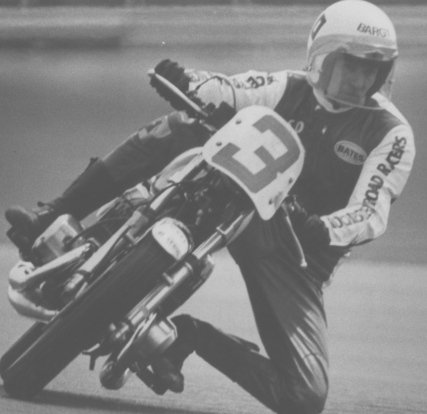 In these photos, please notice the four key points, 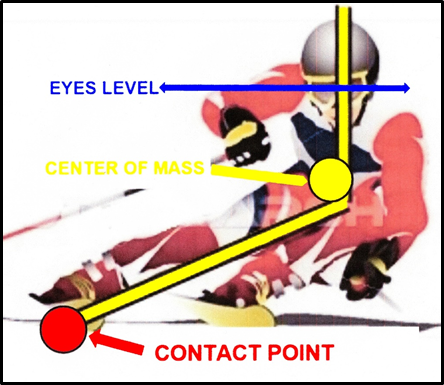 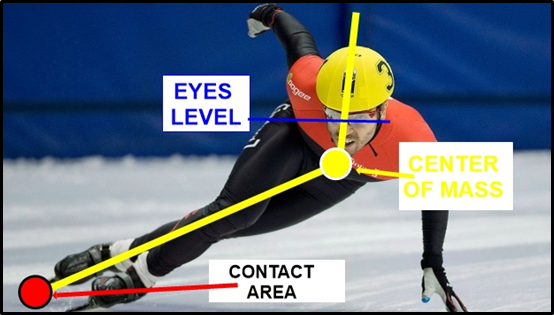 The third example is of a water skier.  This was taken from a professional’s training manual.  The colored lines were added by me.  Notice that once again the four point are basically the same as the previous two examples.  Before I found motorcycle road racing, I was serious considering going into pro Slalom water ski competition. 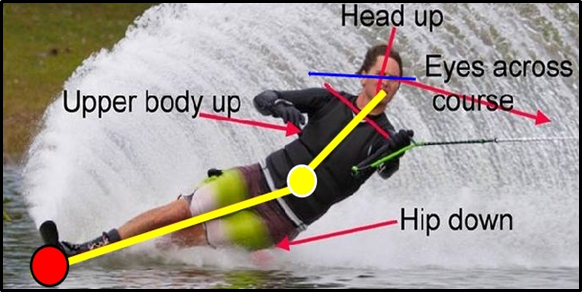 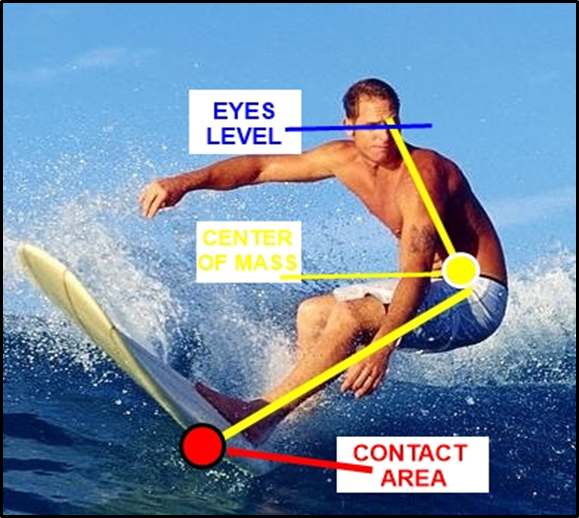 The concepts used by athletes is also commonly used in the animal kingdom. In these examples you can see that the same four points apply to a running animals. 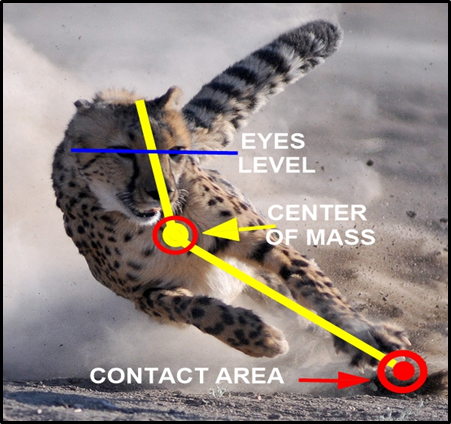 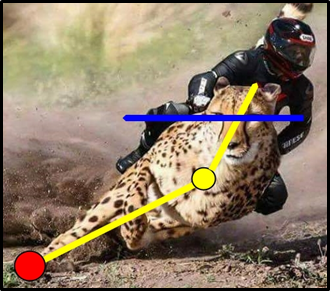 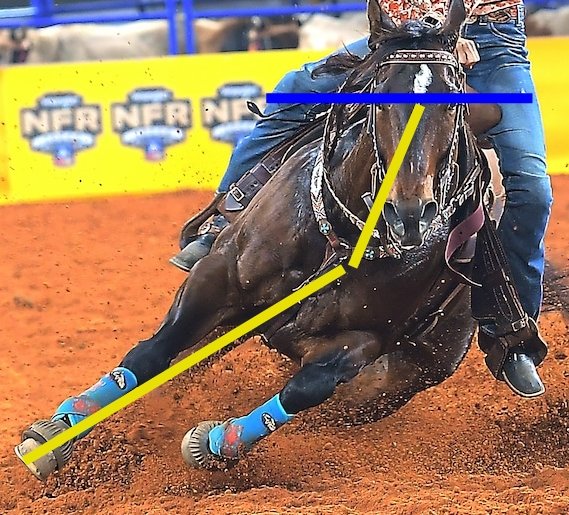 In this example, the rider is in a standard or “Conventional BP” for a road course sport-bike. His center of mass is moved to the inside of the turn. 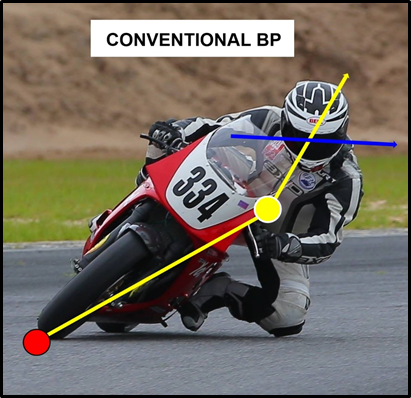 Here’s a photo of a Motocross racer.  He is also in a conventional riding position.  Even thought his is using the deep ruts to his advantage, notice the four points.  Some would use the derogatory term “Crossed Up” to try and downplay this BP if they saw it on a sport-bike. 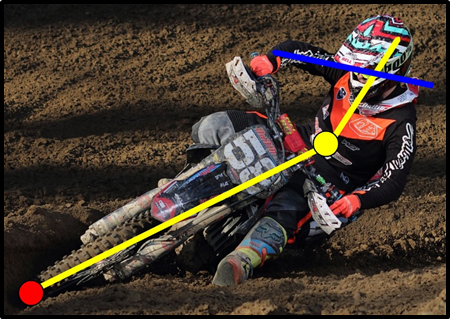 Notice the similarity between the relationship of all the four points of ergonomics, shown above. 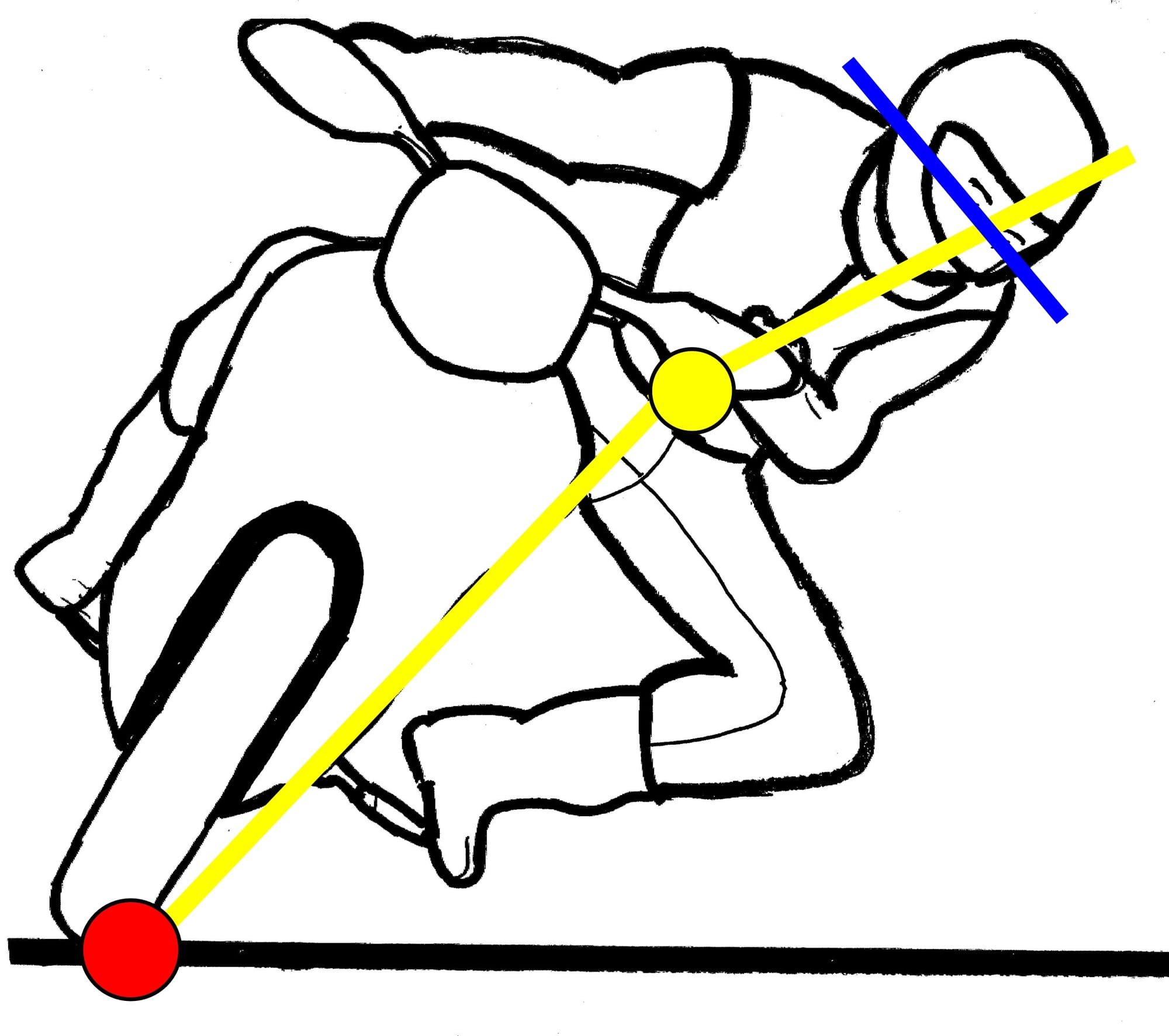 The question now is why, “Why would a paved road course racing be the only form of competition that requires this extreme BP”. Even dirt riders don’t use this style to turn the bike. It is true the M/X BP example shown above is not the only BP that they use, but they never use this backward and truly "crossed-up" style in the dirt, other than maybe a quick correction maneuver.

The straight out right arm position looks awkward and imprecise for good control. The eye position is awkward to say the least.  For a test, try running, jogging down a trail or walking down the stairs quickly with you head in this position. It is an unnatural head and eye position for humans.

By my definition this style is the true “CROSSED UP BP”. 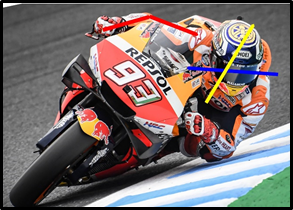