Once again the social media is flooded with myths and misinformation. One of my pet peeves is the myth,

This is a total myth because, the truth of the matter is that cornering forces are generated from,

BP will not change the cornering forces or inertia of the corner.

Here are some simple diagrams showing the forces acting on the bike in several situations. 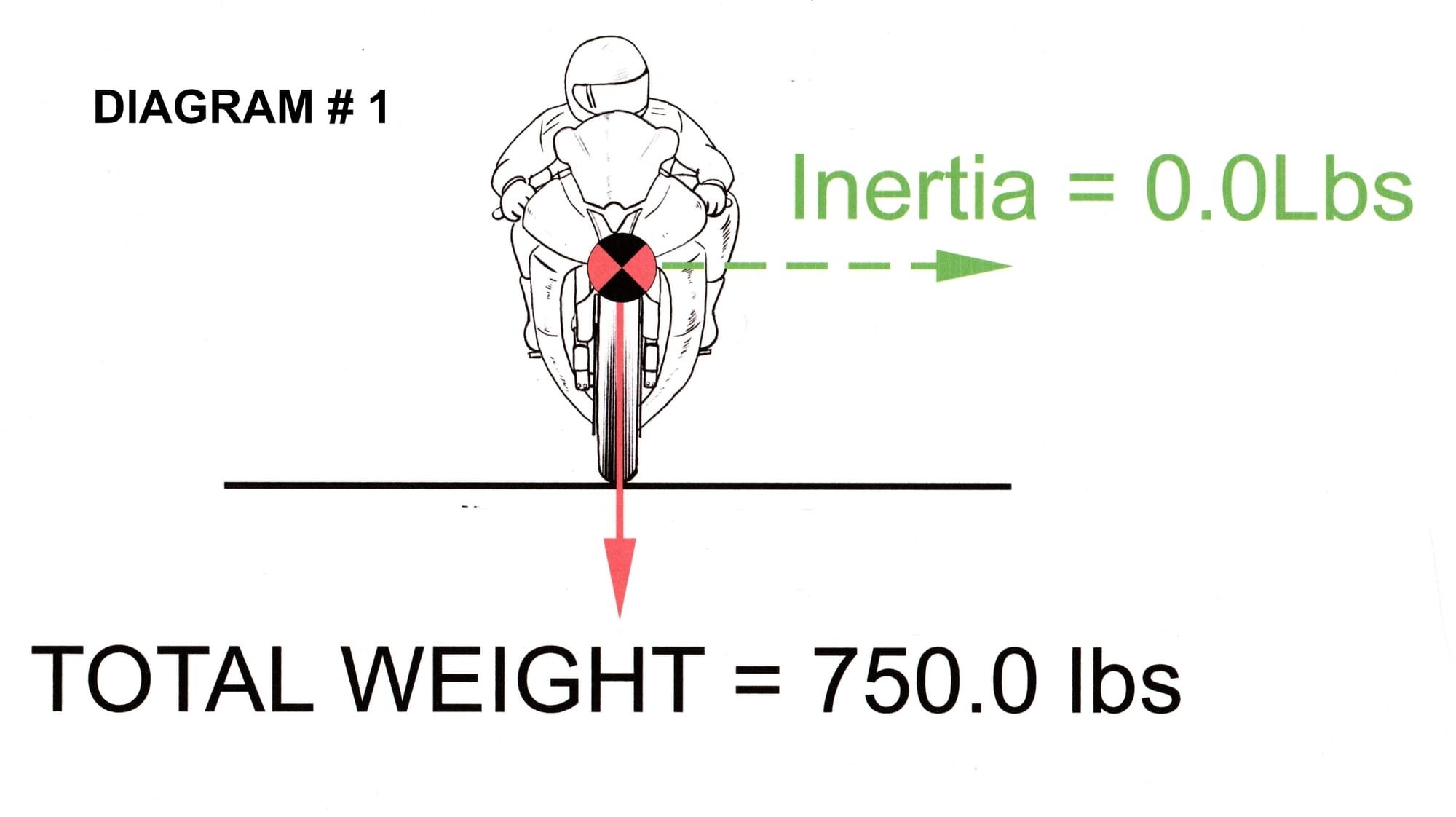 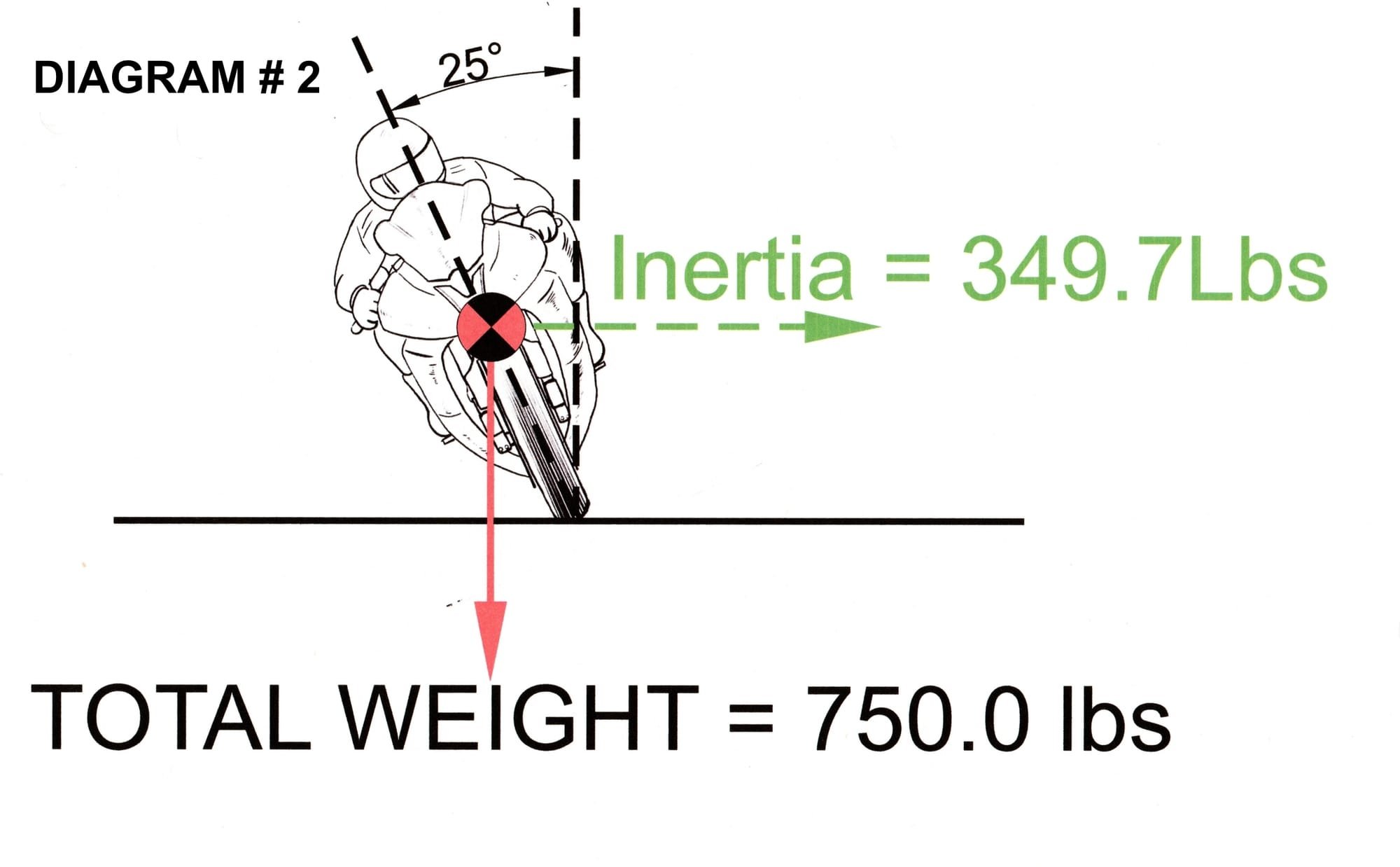 This bike & rider are well within the traction level of most tires, on dry pavement. In this situation using any BP would have no performance effect whatsoever. Now the rider may derive a sense of better comfort with some minimum BP applied. But from a strictly “Performance Point of View,” there is no need for BP, let alone  overaggressive BP. 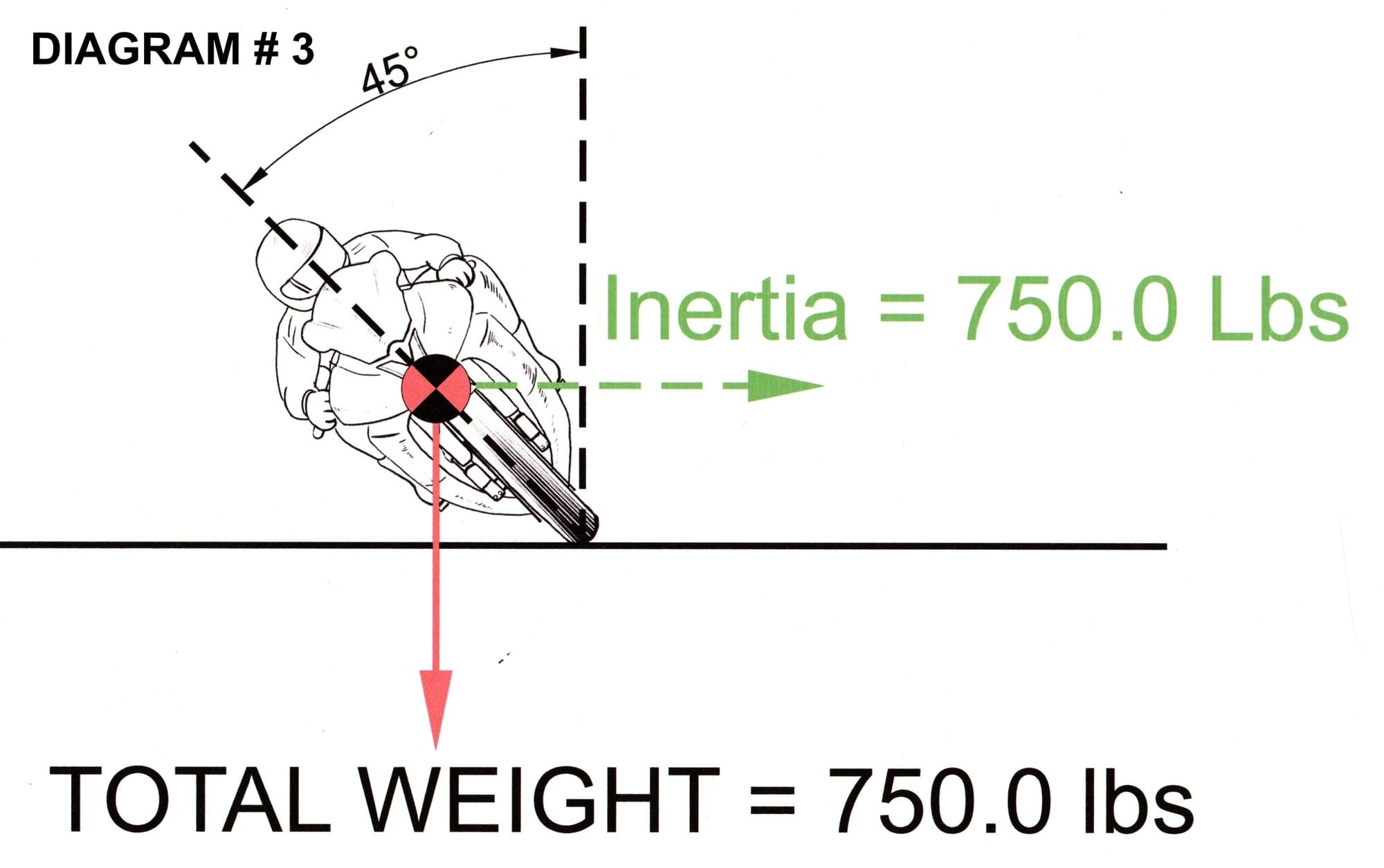 Laws of physics says, the gravity will always pull straight down, regardless of speed. Cornering just adds a second force to the dynamic. The total weight on the tires remains at 750lbs. If the rider’s tire had a coefficient of friction of 1.0g the cornering forces are using up all of the available traction. The rider is now going as fast as he can in that turn. If he tries to go any faster the inertia would be stronger than the traction and the tire will start to slide. 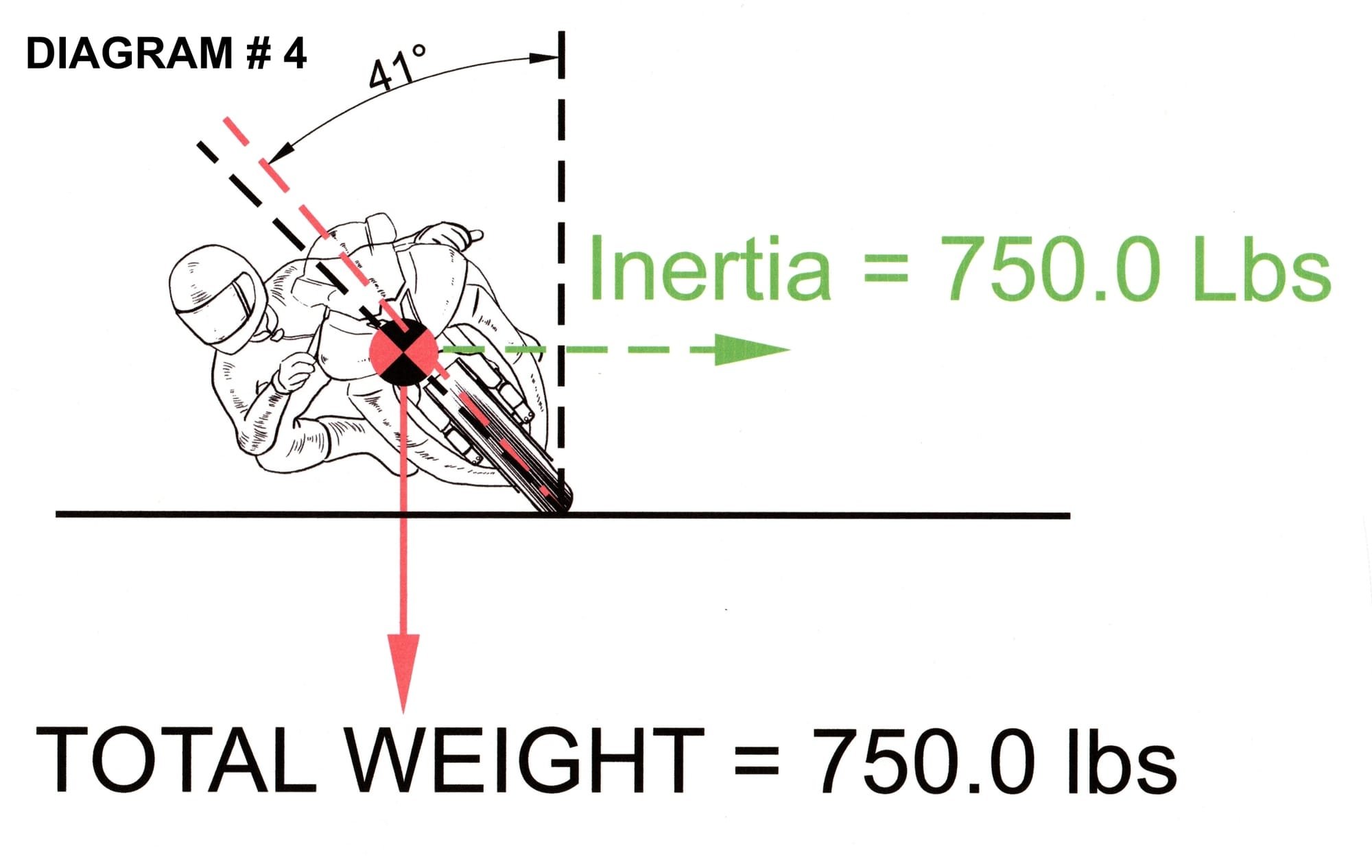 Even though the rider as changed his BP, the inertia is using up all of the available traction of the tires that have a coefficient of friction 1.0g. The rider can not go any faster without the tire starting to slide.

The only thing that BP does is reduce the lean angle. Which will increase the amount of ground clearance. But to go any faster the rider will need better tires.

“There is no MAGIC way to sit on your bike to get more traction!”